I think I should be calling this a Saga rather than a Story as we’ve reached part 3 and are still only at 1906! Trouble is, there are just so many interesting facts to be discovered, so many assumptions to shatter, unknown lives to celebrate. Let’s see how far the story takes us today, you’re not in any hurry are you…?

1906-1917. With the Macgregors gone, a new tenant took up residence at number 8. Mrs Isabella Millar was a lady in her sixties, a widow whose husband David had died, age 70, in March of 1900. The pair had been married for 36 years and had lived at St George’s Cross where David Millar worked as a hatter. Isabella now came to live in Kersland Street with her maid Mary Brown, a 20 year old girl from Leadhills.

Mrs Millar had private means, her husband having left behind an estate of about £360, which would be worth around £11,555 in today’s money. So she didn’t need, and wouldn’t have qualified for, the new Old Age Pension which came into being in January 1909 – “Pensions Day” – and paid a weekly pension of 5s (7s 6d for couples) to eligible people aged 70 or more. The Old Age Pensions Act, passed in 1908, was just one of the reforms brought in by the Liberal Government led by Herbert Asquith, then David Lloyd-George. Probably as much because they were afraid of the promises being made by the newly formed Labour Party as an overwhelming desire to improve the lot of the poor working classes. I’m sure they did mean well too, but politics is all about winning votes, right?

I found out something quite remarkable as I was searching for Mrs Millar in the records. We all know that women weren’t given the vote until 1918, don’t we? But did you know that women could actually vote in non-parliamentary elections as early as the 1830’s? No, neither did I! But there are some dusty old ledgers sitting on a shelf in the Mitchell Library listing ‘Female Voters’ and dating back to at least 1831. So when it came to Town Councils, Parish Councils, School Boards, women were there voting with the men. And I don’t think it was only women with property either, as you’re just as likely to see ‘tenant’ and ‘charwoman’ as ‘proprietor’ and ‘private means’

And Isabella B Millar is right up there, listed with the best of them, so it would be great to think of her jamming her platter hat firmly on her head and marching round to the Burgh Hall to exercise her vote in the latest municipal elections. Oh alright, walking round in a dignified way if you prefer…

I don’t know how many children Isabella and David had, but there was one daughter, Agnes, known as Ada, who lived quite near her mother in a house called Ashcraig, just a little further up Great Western Road at Kirklee. Ada had married a chap called Frederick Lansdown Morrison, MA, LLB. Fred had had a distinguished academic career (he’d gone up to Glasgow University at the age of 16) and the 1901 census lists him as being a writer.

Ashcraig was the Morrison family home and Ada and Fred lived there with their three sons Ronald, James and Leslie, so I guess Isabella would have been able to visit her daughter, grandsons and son-in-law quite often. And they must surely have come to number 8 to visit granny. I wonder if they’d be shown in to the parlour upstairs, or gone down to the cosy kitchen in the basement where Mary Brown might have been baking cakes in the cast iron range. 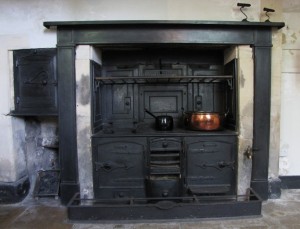 When war broke out in 1914, Fred Morrison was among the first to sign up, even though he was already 50 years old. He served with the Highland Light Infantry, rising to the rank of Lieutenant Colonel. Fred served in Gallipoli, Egypt and Palestine and was much decorated, though he felt he had done nothing to deserve it other than to survive, and paid warm tribute to the bravery of his officers and men who had died in battle. Colonel Morrison’s battalion had suffered very heavy losses at Gallipoli – only 5 out of 29 officers survived the campaign and 321 out of 1033 other ranks.

Two of Ada’s sons, Ronald and Leslie, also joined the Highland Light Infantry and I have an idea that James, the middle son, went to Canada and joined up there.

With all her men away at war, I think that Ada brought her mother to live at Ashcraig, where no doubt the two women could console and support each other, and Ada could look after Isabella, whose health was failing. I’m sure that worry about her grandsons and son-in-law did her heart condition no good at all and on the 7th July 1917 Isabella passed away at age 78 with Ada by her side. The cause of death was myocarditis and dilatation of the heart. Poor Ada’s woes weren’t over, for on the 22nd December that year, Fred died at 54 in Alexandria Egypt, the strains and hardships of war finally taking their toll. He was buried at the Alexandria War Memorial Cemetery.

This one family’s story mirrors what was happening to families up and down the land, indeed throughout the world. Among the many memorials which were raised to commemorate this lost generation, locally a peal of 8 bells were gifted to Kelvinside Parish Church by Mr Nicol Paton Brown, whose only son, Captain Kenneth Ashby Brown lost his life in battle, shortly after the bells were installed. 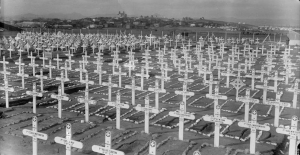 The peal forms a memorial to the men of Glasgow Academy, Kelvinside Academy and the church congregation who died in the Great War. The bells were rung for the first time on Christmas Day, 1917. I don’t suppose Ada would have felt much like celebrating Christmas as she listened to them ring out and remembered all she had lost that year, and might yet lose, with her boys so far away. But I believe she was spared further sorrow for by all accounts all three young men survived the war and came home.

In December, 1918, the bells were formally dedicated in a special service at which both West End schools were represented. To this day they can still be heard ringing out at 11 am each year on the 11th of November. 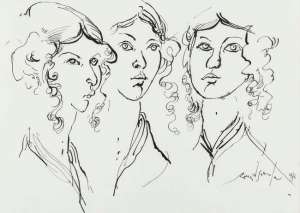 What I do know is that the MacCulloch sisters came from a large family of seven girls and one boy.  We can follow the family’s progress through the years by catching up with the census every decade. It makes interesting reading…

Over the next ten years, all the older children would leave home, I’m not quite sure where to, except that I think that Jane got married to one William Keighley, and went to live in Yorkshire.

Young Isabella, who would have been 12, would appear to be missing, but we mustn’t jump to conclusions – David and Mary might have suffered the loss of their child, but she might equally just have been absent on census night, perhaps staying over with a friend or one of her older siblings. At 51 and 46, you would have thought that David and Mary could have been looking forward to seeing their remaining children settled, and for their own lives to become a little less hectic.

There must surely have been a series of catastrophes to have brought the family to this state of affairs, but the census really only leaves us with more questions than answers. Did William Keighley die, leaving Jane alone with two small children? Why did Mary and Ellen come back home? Was one of them Margaret’s mother? Who was the father? How did it come about that all five of those unmarried daughters are described as ‘Governess’, with skills, variously, in English, French, Music and Latin.

I am very intrigued by this singular family, and I feel sad that I haven’t found out any more about them other than these bare facts. If I was a more skilled researcher, with more time, perhaps I would know where to look to see how they fared in the years between this census of 1891 and 1918 when Jessie, Nellie and Becca landed in Kersland Street in the wake of the Great War. By this time, these women were in their 50’s, marriage had passed them by, and employment opportunities for women in those days were sparse.

But I imagine that they stuck together, as their family had always done, and did what they needed in order to survive, getting what teaching work they could to keep a roof over their heads and food on the table. There were probably periods when they took in lodgers, as some years the electoral register throws up some additional names – Christina Yuill, Mary Alexander, John Dewar, Stanley Wylie, all perhaps finding a home for a year or two before moving on. I imagine hardworking, enterprising people, and I admire their resilience.

And I’d also like to imagine Jessie, Nellie, Becca and their lodgers occasionally finding time to visit a new phenomenon in the neighbourhood, the Salon Cinema which was quite literally round the corner in Vinicombe Street. The Salon was one of the first suburban cinemas in Glasgow (1913), and was also notable for housing a full orchestra, and for serving tea and biscuits to its patrons during the afternoon! Sounds ideal for the sisters, doesn’t it?